In my possession, I have a Daemon Prince. It’s not mine, but I have been allowed to hang onto it to use since the actual owner no longer collects Chaos.

Its the old style Daemon prince, which I actually prefer to the plastic kit and my first involvement with this model was being asked to put it together for my friend Will. I’ve got a bit of a soft spot for this model because apart from the sentimental value it holds belonging to a friend who has moved away so I don’t see very often, its the design too… I much prefer the aesthetic of this Daemon Prince model to the newer plastic kits. I know a lot of the prince parts don’t have armour to be played in fantasy/AoS,but I think the older model totally holds up to the armoured version too. I think the more hunched pose is cooler, the design of his shoulder vents, his armour plates, the shape of the fingers… the newer model has more options, but in my humble opinion the older model is …better.

I really enjoy building the models… I know that some people cant be bothered with the building and just want to get on with painting, I however have the opposite problem. I enjoy bringing a model together, which is probably why I enjoy conversions so much. Well, one of the reasons he asked me is, apart from the fact he knew I would be willing, is the model was metal.

Now I don’t know how many of you have put metal models together, I feel like we are getting to a point where a lot of people hobbying now have been fortunate enough not to have had to experienced this. Which is a little strange to say to me because I clearly remember being annoyed when GW started phasing out metal in favour of fine cast, not realising I would soon how much easier it was to modify the soft resin. I think it was just because I metal model really made you feel like you were getting your moneys worth. All of the coolest models were metal, so you know when you picked up that heavy box or blister pack with the shiny bits inside, something good was coming.

You had to put the bloody thing together though, and I also remember seeing instructions on how to file, pin the models, fill gaps and even pictures of early conversions. I was about 12 when i saw these and played Warhammer Fantasy and when i saw these pictures i thought “who in the hell is bothering with all that?!… i want to play!”. The answer of course was me, over a decade later when my venture into the hobby got into full swing. I took pride in putting a model together well and became proficient at pinning and filling the joints of these metal models, starting with my first and only metal Lictor.

So, anyway… back to this chunky monkey with wings. I put it together for Will and he was really happy with how it was going, so asked me if I could do a few other things to it for him. He wanted me to convert it, his specific requests being wings and some bolter barrels instead of the strange little nozzle on the back of the left hand, which he wasn’t keen on.

So as previously mentioned, this model is metal so i think when i started on the nozzle adjustment it took a bit more cutting and drilling than usual. I replaced it with two small plastic tubes and drilled through the sides to replicate bolter barrels, as though a storm bolter had been absorbed into his armour. I tried to keep it as tidy as possible but it did look a bit overly plain, almost like an afterthought. So to make it more of a feature i added some Tyranid spikes to frame the bolter. I also gave the prince a tail, i think this was the first time i’d done this but it went quite well, with a wire core and green stuff on top. Finally, the wings. He didn’t like the jump pack so as preciously mentioned in my Tyranid Harpy post, i utilised the Balrog wings GW used to sell independent of the model. 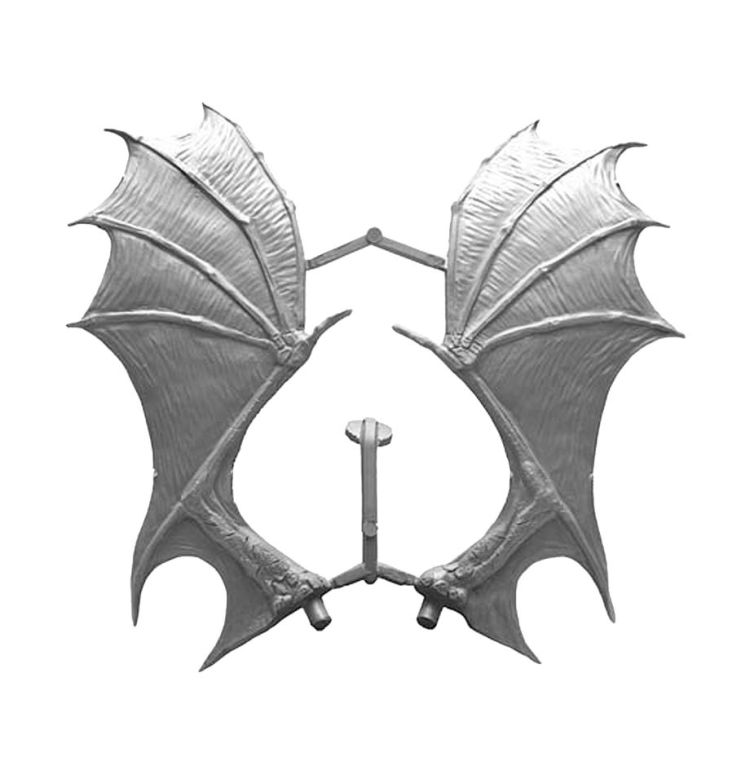 The look pretty demonic and have a good shape, so i just popped them in the holes already reserved for the jump pack halves and filled in the gaps with Green Stuff. After i built it, Will gave it to another friend, Wil (@WilHarris), who was keen to paint it for him. Will didn’t argue since he wasn’t that keen on painting things either. 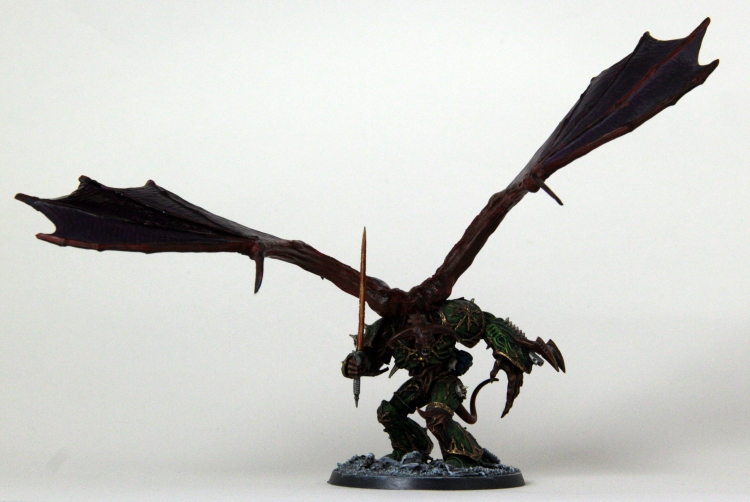 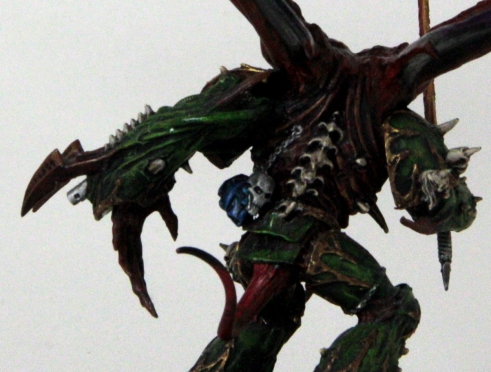 When we saw it next in a visit to Warhammer World it was done and looked wicked. Will has since purged himself of his Chaos army, focusing only on Imperial Fists. So i have the pleasure of looking after this guy who who escaped eBay, and occasionally serves to surprise my friends on the battlefield.

This is an older models so sorry about the lack of progress shots once again, i am fond of it though so i wanted to share it with the rest of you.

What do you think of this model or even the original stand alone model it was made from? Let me know what you think and as usual C&C are welcome and encouraged.