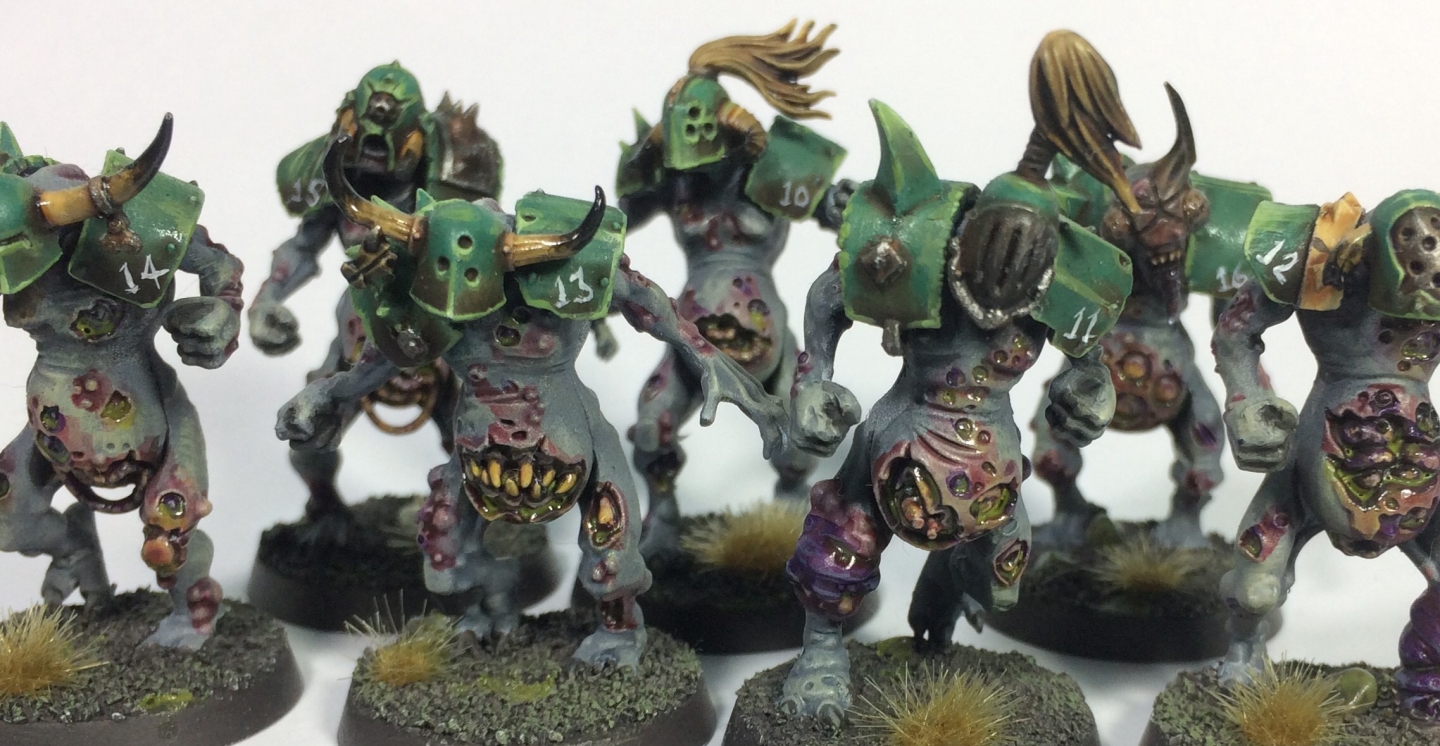 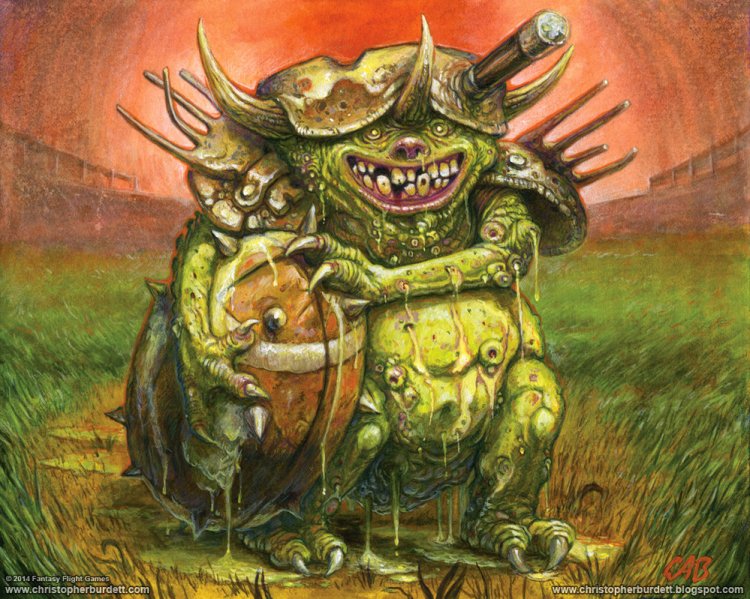 This is my kitbash Nurgle bloodbowl team so far. The GW one was basically the chaos team with a couple of zombie repeats. The zombies were fine but repeats and the chaos stuff was stock and not Nurgle at all. 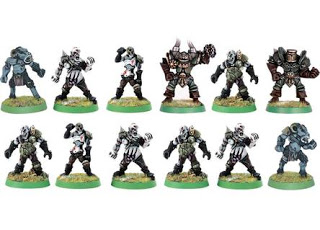 Like a lot of my conversion I felt I really had to make my own.

This guy was the only other Nurgle like blood bowl player (2nd edition) to get the ball rolling.

Great new plastic kits were out by this point The Blight Kings, Gors and Plaguebearers were heavily used along with Ork shoulder pads.

I didn’t just want zombies, I wanted Nurgle zombies that play Bloodbowl. The bodies are plaguebearers. Weapons are cut away and I tried to make convincing Bloodbowl poses. Some of the legs and feet are bent to simulate running.

These guys are very slow in the game so I didn’t go for too much running poses.

The heads are blight king heads. That is a great set for bits btw. So many great helmets. One token fly head from plaguebearer set. The shoulder pads are all Ork shoulder pads. They are slightly large but if you look at an American football player you get the same thing, slightly oversized shoulder pads.

To please Nurgle I made 7, just so happens it pleases my team roster too…

These were basically blight kings with weapons cut away. Some zombie hands to help make them look more like Bloodbowl players.

I’d seen this Lizardman player with the flat ball on his shoulder so I totally had to get some of that going on. 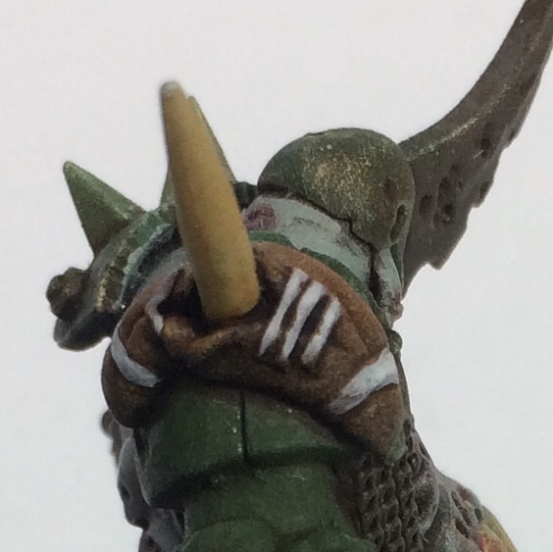 I thought this might help tie them down as Bloodbowl player rather than just AOS blight kings that have lost their weapons. The ball is green stuff.

Once again, they can’t just be beastmen or even Bloodbowl beastmen. They have to be Nurgle Bloodbowl beastmen. I’ve used beastmen parts in the main. Mix of Ork and Blight King shoulder pads. Zombie and plaguebearer guts. Green stuff swollen leg and bellies. Third from the left going in for a tackle with his horns. On the right a ball grab. This guy is the star of my team… 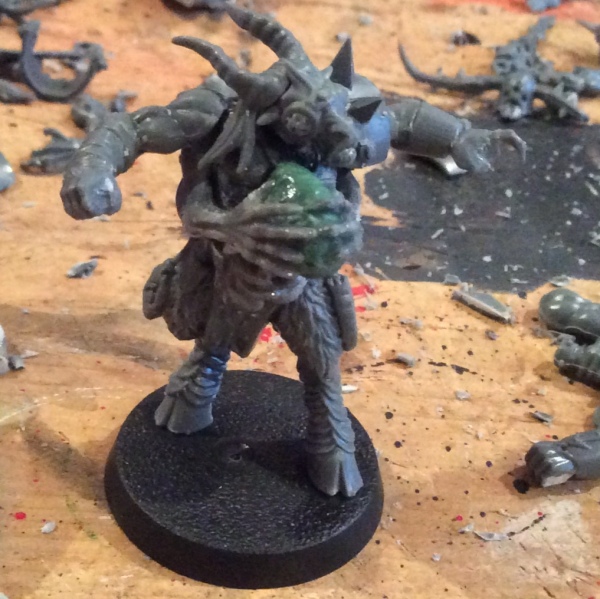 He’s got extra arms to help pick up the ball. Saw this as a pose opportunity, double arms double pose. Got the quarter back grip on the ball with one set of arms, a pointing arm complete with crooked claw. And a bit of the old style keeper of secrets style going on.

Thats the team so far. Got more painting to do and I need to make a beast of Nurgle at some point.

Here are the GW sketches for their future release…