So with 2018 coming to a close and a new job, new house, house renovation and a new baby it’s been pretty hectic for me and I didn’t achieve as much as I wanted to in 2018.

So I thought I would put down my goals for 2019 here and then see how I do throughout the year.

Tyranids – Court of the Nephilim King

I’ve been frantically spraying and airbrushing over the weekend and have where I am going to start.

Here are some of the photos. 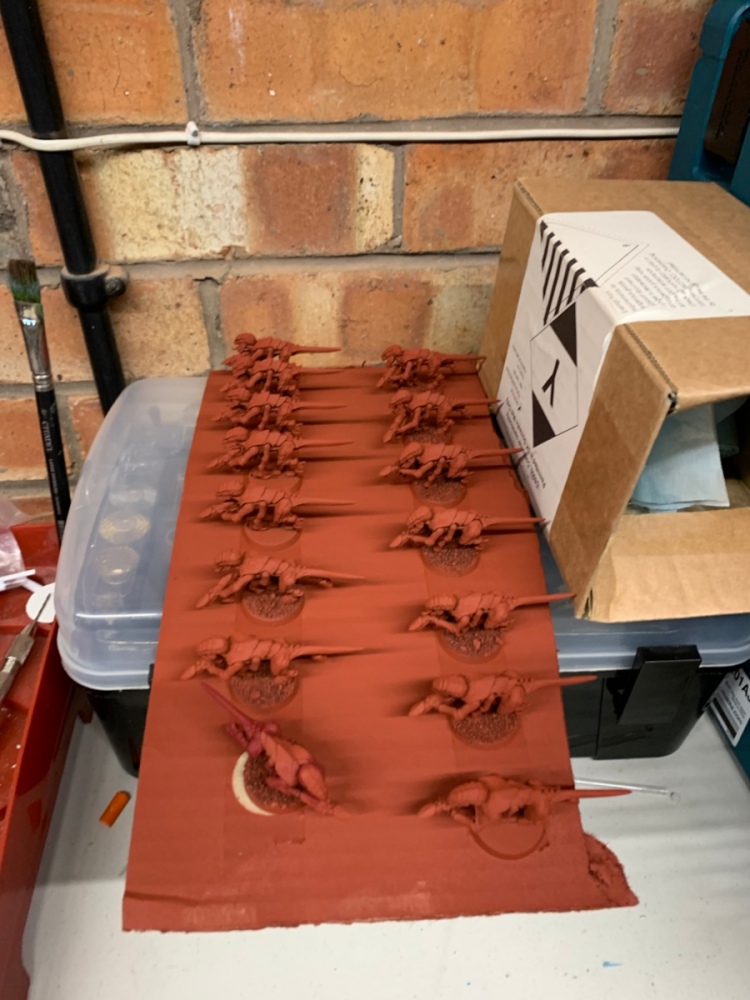 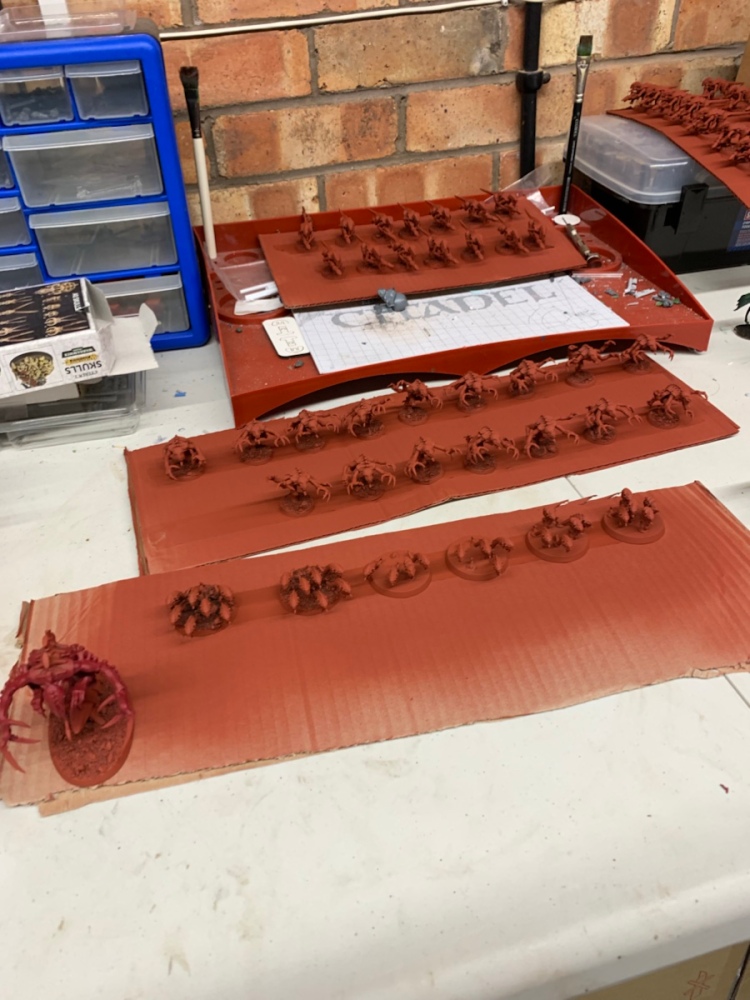 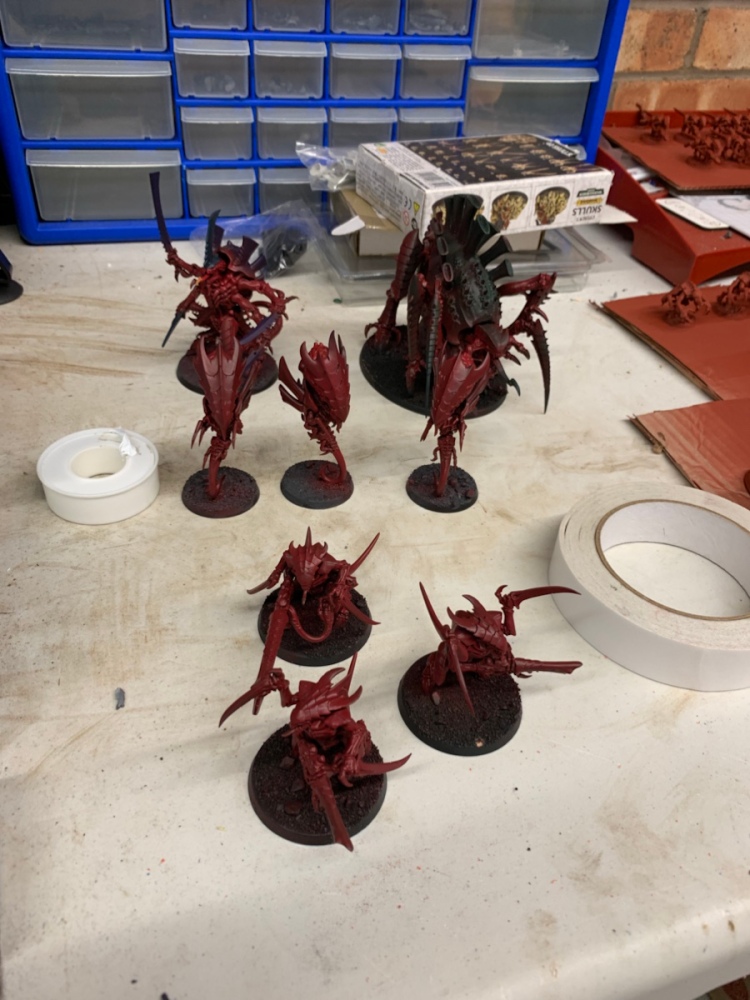 As you can see I’ve got a fair amount started to base colour.

I’m planning on adding to this force to allow me to play a 1500 point “nidzilla” style list which are my favourite look of Tyranids. I will be building some more small units later in the year.

I’ve decided that when Gary from GW tells me that I should do Armies on Parade, this year I’m going to say;

I’m going for a scheme that looks like this head, Court of the Nephilim King which is a splinter fleet from Behemoth.

I’m going to be more active and will be posting WIP posts about where I got to each week and where I hope to go next.

Would like to say I’ll do an hour a night but I doubt that will happen.

Also planning on doing a couple of tutorials throughout the year.

Until next time. Warbringer out.