Curse of the Wulfen had the first incarnation of Egil I had seen. Conversions of him and Sven really opened up the possibility of making all 12 Wolf Lords. 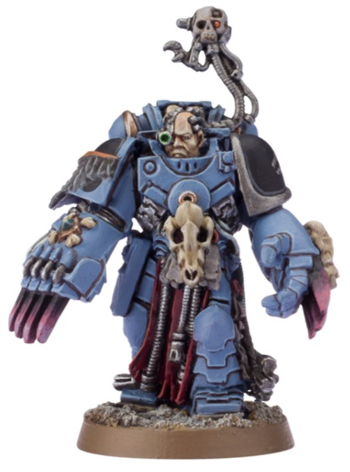 Once you realise it’s a techpriest the other parts are recognisable from the Wolf Pack box. It’s a great idea with tons of character and really captures the head of the ironwolves and what they’re about. I particularly liked the open fist power fist with the claws added to make it a wolf claw. The open hand softens the look and makes it more functional and gives the impression he might use his hands to fix something. My eventual version unfortunately doesn’t have an open hand. The Wulfen kit had a great skull with pipes coming through the eye sockets to put on the chest. A touch more iron wolves-ey. The kit also comes with great back packs, although they are slightly bigger it fits on the techpriest body just fine. 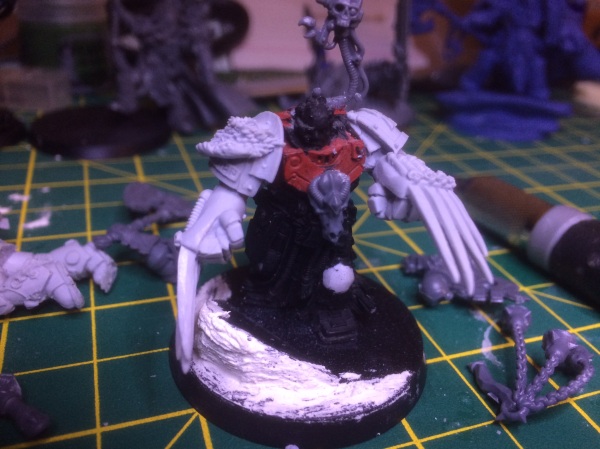 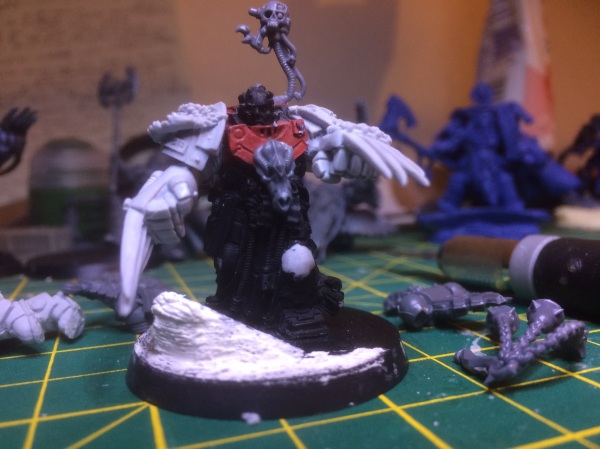 The arms are from an out of production Wolf Guard battle leader whose body I later use for Erik Morkai.

The wolf claws from this model are really large and help differentiate Egil as a Wolf Lord. Really love the wolf pack kit and it allows you to build an entire army from one kit but I’m so familiar with that kit (as a space wolf player) that if possible I will try to seek out more unique bits to use for Wolf Lords. The one shoulder pad has great furs already and the other has an embossed wolf head (classic Blackmane company badge). This was easily bodged into the Ironwolves company badge by drilling a few holes and painting it silver on a black background. 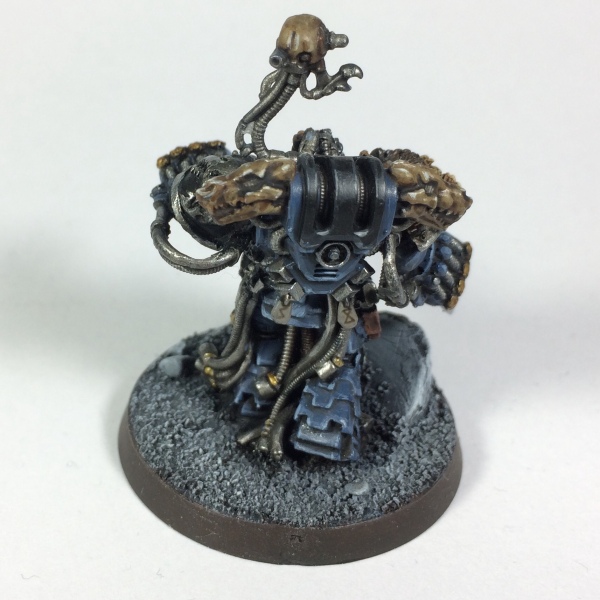 For the paint scheme I used the artwork in Curse of the Wulfen as inspiration. With a hazard warning knee pad as a nod to the mechanised side of the Ironwolves.