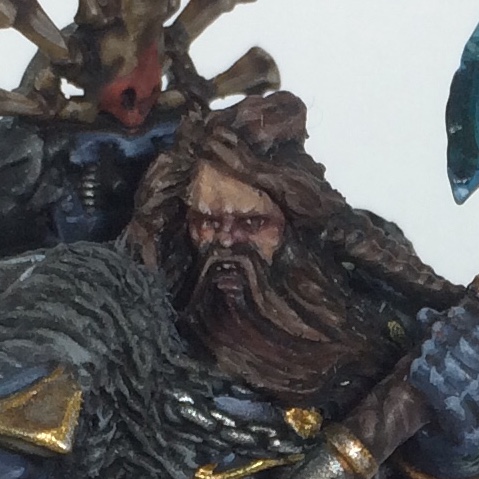 The new codex has me excited to play my Wolves again. So I’m back on the Wolf Lords with Bran Redmaw – Wolf Lord 11.

Bran rather excitingly had a model made by the Forgeworld team, making him the only Wolf Lord to be made by them. Unfortunately it was never released. Budid get to see what he would have looked like thanks to gamesday photos. 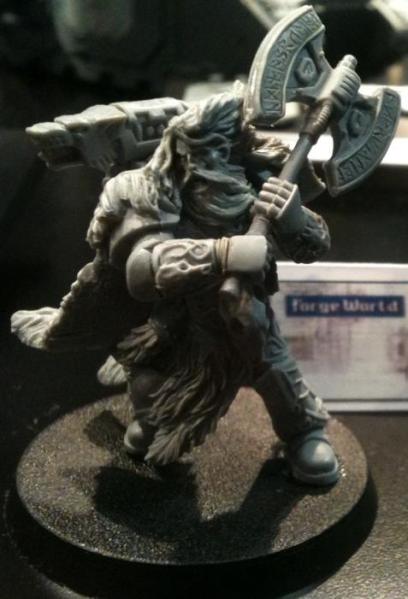 These photos were the inspiration behind my Bran Redmaw conversion.

The hair and beard I’ve tried to copy by green stuffing them on to look like the photo.

Ive used Krom’s body for the third time on the Wolf Lords. Bran is facing the other way so I think I can get away with it.

His axe is an heirloom called Langvast. On mine its from the Wulfen kit. He’s holding it two handed which turned out to be a nightmare of trying to line up several tangents in a 3D space.

He’s the king of the Wulfen and goes full Werewolf mode during battle (he had two profiles pre 8th). Redmaw refers to him eating his prey and getting a Red Maw. He also has a paragraph dedicated to him and his pile of skulls. So I put the pile of skulls on the model and tried to infer the other aspects with the paintbrush. I’ve kept it subtle. Presumably most of it happens while rampaging around as a Werewolf (later on). 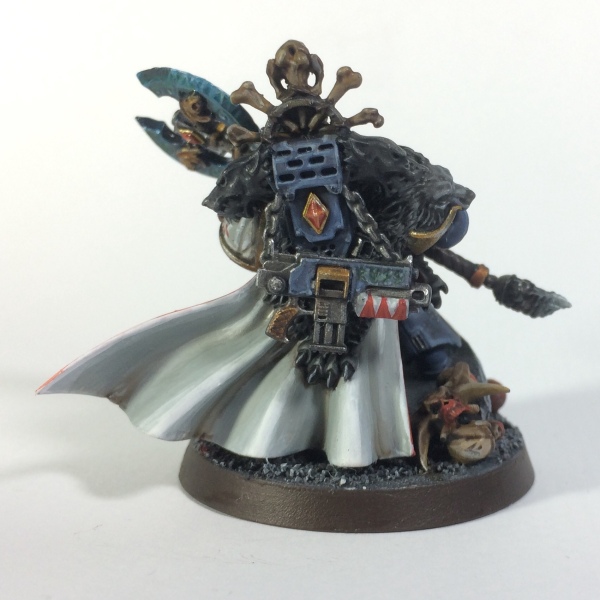 So that’s Bran! After a 7 month gap I’m back on the Wolf Lords.