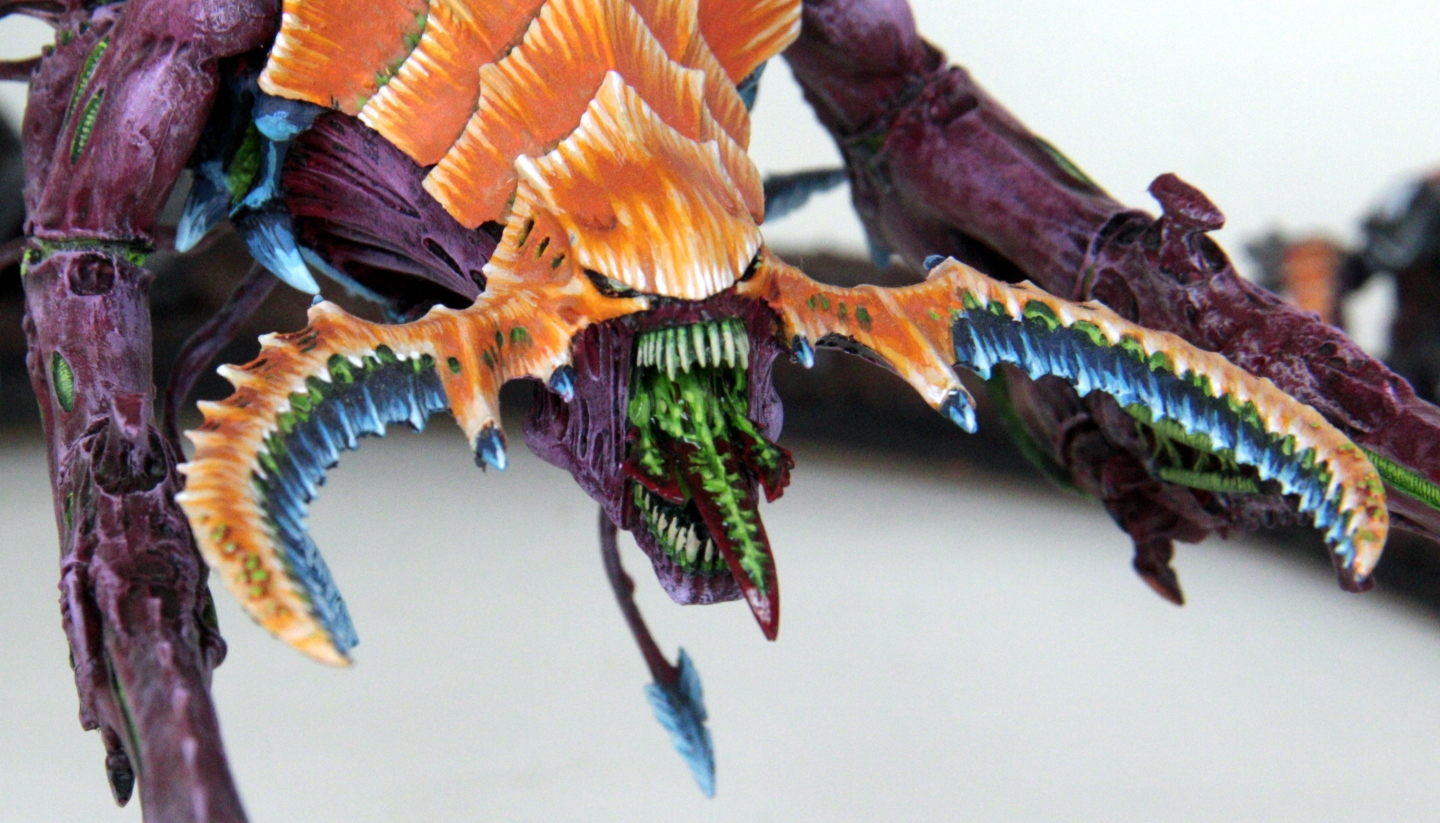 This year for the first time I entered a judged painting competition and it was the Golden Demon at Warhammer Fest 2019. When I decided to go I figured I may as well enter the Khornate Knight, Mors Machina that I made for my friend for Christmas. All I had to do was get it back off him, it was finished, no problem, no effort.

However, then one of my friends I chat to on twitter, Bees, encouraged (See goaded) me to complete a big project I had been neglecting for some time, ready for Golden Demon. You see, 2 years ago myself and one of my friends (the recipient of the Knight), decided to play a narrative game of 40k to simulate a “realistic” Tyranid invasion. An against the odds battle against the countless alien horrors sporting all manner of skin rending, bone crushing, skin melting bio weapons, decending onto a doomed planet.

The weather doesn’t look too great… better pack the umbrella.

As soon as we decided on this I decided to make a purchase I had coveted for a long time, The Tyranid Heirophant. I love this model, it looks fantastic and even if I never got to use it I would love it as an ornament. This opportunity pushed me over the edge… I wanted to be able to suddenly field this beast in the only game where it wouldn’t be considered very bad form to do so… I ordered it, got it, built it… and that was over 2 years ago. It sat for so long, completely built and undercoated, over 18 months while we waited for an opportunity for our game that never arose. my motivation to paint it dwindled with the hope we would ever get to play our epic “Last Stand: Tyranid Invasion” game.

Suddenly though near the end of last year, 2018… it got organised, there was hope. But I was working on several other things at that time. I didn’t have any free hobby time to work on much beyond his Christmas present… and he didn’t know about either of these models! I had to keep making up reasons why my hobbying had slowed down so much while I was spending 95% of it working on his Knight. Once I was done with it I only had about a week before the Invasion game over the Christmas break, so all I managed to do was lay down some base coats for each of the main colours, Blue, Orange and Purple. It didn’t look GREAT, but it would have to do. I surprised him with it, it wrecked some big stuff, it was a fun game and that was that.

My motivation to complete it once again, reduced to nothing amid a million other projects.

Thanks to Bees though… I had new motivation. So some time near the end of March I think I started work on painting it to a decent standard. It was the biggest model I had worked on to date… also the most fiddly… and it was meant to be to the highest standard. When I say I wanted it to just be decent though, its because I know I’m not Golden Demon winner. I just wanted to get it to a standard that was high enough for it to hold its own in the cabinets with all of the ACTUAL competitors. So a relatively low pressure target.

After about a month and a Half of painting every night (I think I must have spent somewhere around 80+ hours on it), It was ready to go… almost. I did actually touch up some parts of it at Warhammer Fest just before I handed it in! 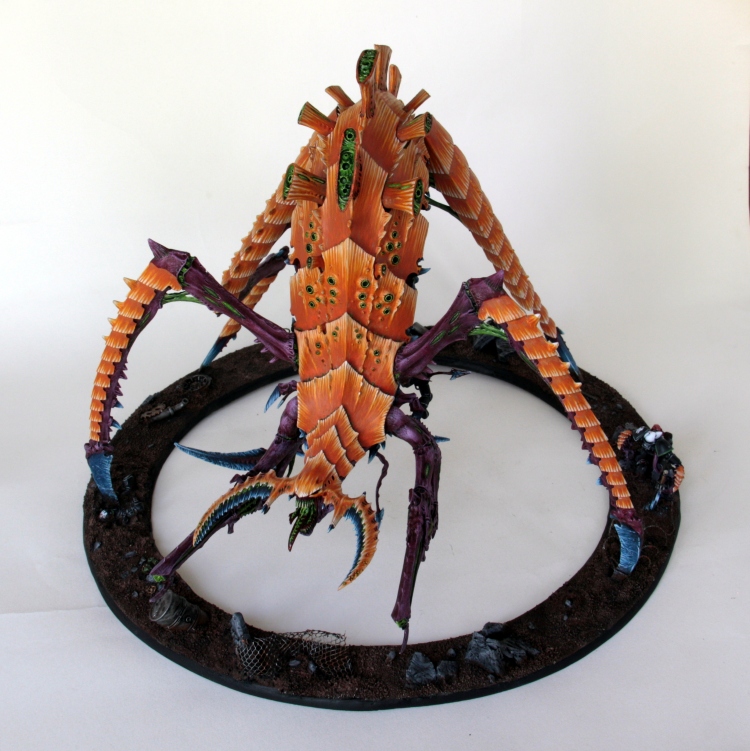 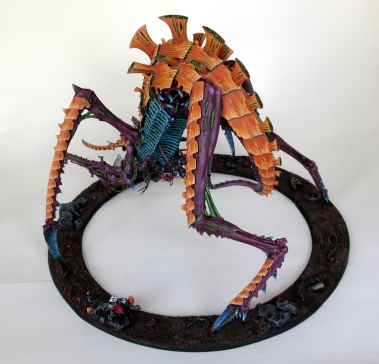 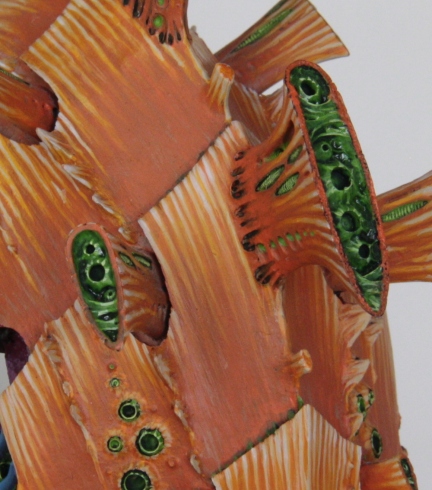 My friend plays Ravenguard Space Marines and that’s what was going to be defending itself in the Tyranid invasion we were going to play, where this lovely thing would make its debut. So I couldn’t help myself and took the opportunity to add some dead/dying Ravenguard to the base. 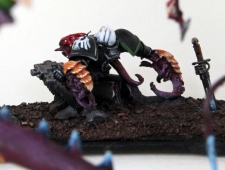 So I’m really happy how it went, its not perfect (in fact I can see that one of the Rippers tearing the guys on the floor apart has black teeth…), but I was happy with how it looked in the glass case at Warhammer Fest… in fact, I got even more than I hoped for! 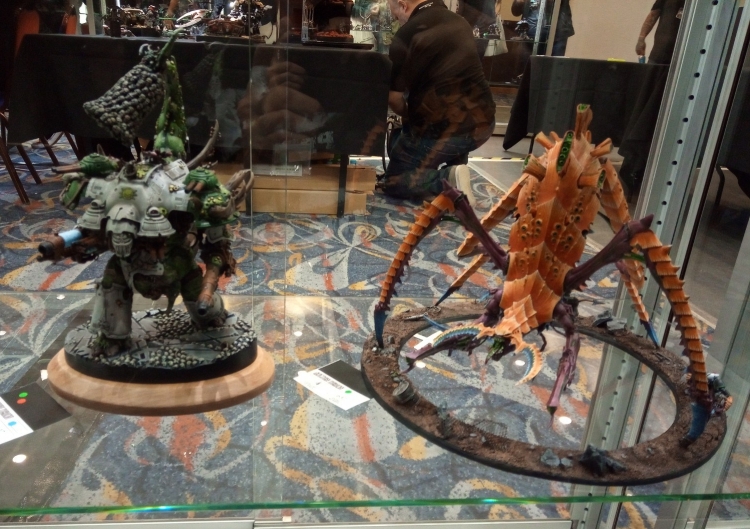 I managed to get a Finalist Pin! I didn’t even know that was a thing. Apparently each entry is judged on its own merit to qualify as a finalist before being compared to all the other entries, if you are a finalist, you get a pin!

I had a fantastic weekend and this was a lovely surprise. I think I may even consider entering again, I would never expect to win, but just aiming for a finalist pin or Commendation Card (for recognition for some particularly cool effort of paint or conversion even if you didn’t win) I thing would be a nice thing to continue to push me to improve.

Hope you have all also been enjoying your hobby and hopefully I’ll be able to work on more than one project every 6 weeks again soon!