So I posted this image last week that showed the Triumvirate of the blog authors. I have been making some stellar progress on my homage, been working on all three but wanted to get at least one of them finished for the Azazel’s Jewel of July.

I decided to finish my homage first naturally.

I have been trying to fit all the authors into my army.

This is Magni Warbringer (me).

I chose a techmarine as my type of space marine being an engineer and spending a lot of time learning all sort of maintenance of large equipment the techmarine was suitable for me.

I chose the iron preist model as he pose is cool and gives me a good start at converting and green stuff again as it’s been ages due to buying the house.

Here are some work in progress shots. I did get some help from Pandorasbitsbox for the green stuff on the dragonhead claw.

I green stuffed two head’s the beard nd the hair and liked this one for this model. I’m thinking of building a Primaris techmarine with the other head.

The tabbard I used a blu stuff mould from Vulkan to make the tabbard. I love blu stuff works so well, mix it up and then press it wait a minute and it’s cured enough to pull off. Leave it overnight and it’s then hard enough to cast with.

I also had a go at some freehand. 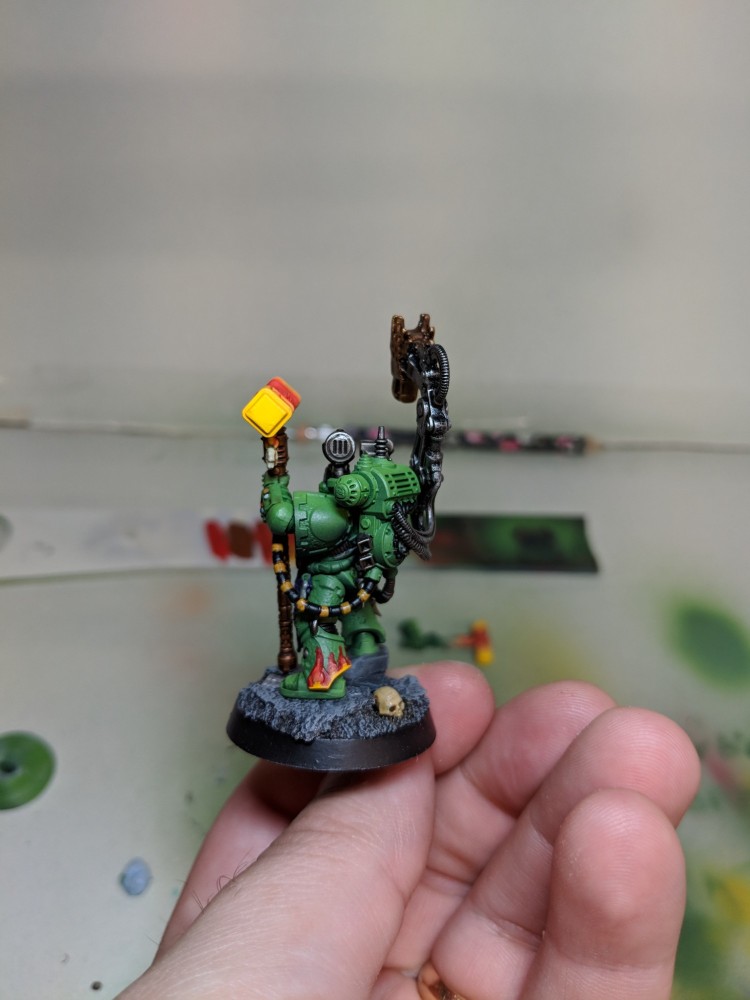 These are he final model done. 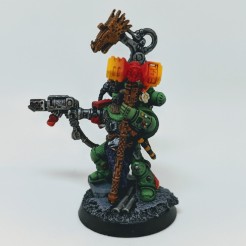