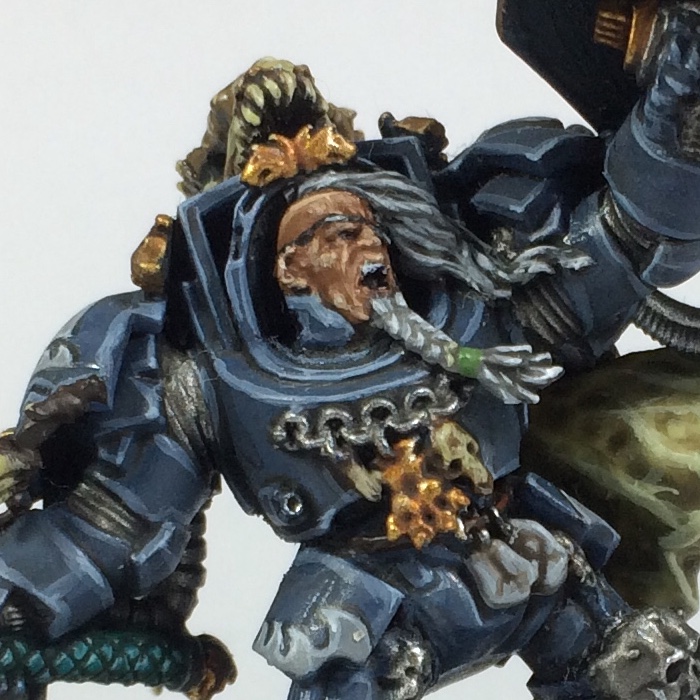 Engir Krakendoom is the first Wolf Lord in the project with no model, no artwork, no wargear options. A blank canvas.

According to the fluff Engir Krakendoom is a real sea faring space Viking. He likes boarding parties and outriders. The outrider  aspect caught my imagination for a while. I was using the death watch white scar biker as a base for him in early iterations. I thought he could be the only Wolf Lord on a bike. I went more for the boarding party aspect in the end. Termie armour and with a name like Krakendoom I kitted him out for some monster hunting. 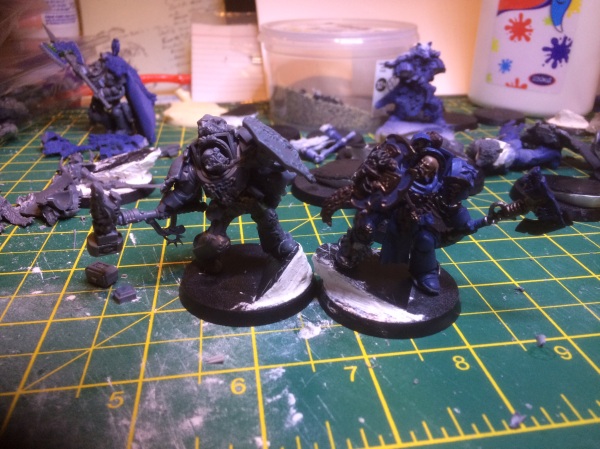 The pose is one I’d done before. A lot of my poses are based on the artwork from the 5th edition codex. That’s a subject for a future post. I tried to capture the idea he was fighting a big terrifying monster (kraken maybe). The model is based on the Wolf Guard Terminator box set. Body and legs. I took two sets of legs and swapped a leg and put them back together (the other set ends up on Bjorn Stormwolf). I was able to get a wider and more dynamic stance this way (needed some green stuff patching up).

The head is Krom Dragongaze. I had three Krom’s for this project so had two spare heads. I love a shouting head. Shouting heads and pointing fingers are my go to for a cool conversion. There’s a shouting head from the wolf pack kit I’ve used 5 times in my space wolf army (including the Wolf Guard featured in the above pic). I just needed to disguise the fact it was Krom.

I saw this guy online and loved it. So much character. Made me realise there is nothing wrong with ugly in 40k, not everyone can be as pretty as Ragnar Blackmane. I really like the hair this guy has gone for. I haven’t seen the show Vikings (I should check that out) but I’m guessing you get hair cuts like this. Although I did rip this off, my one doesn’t quite come across as well. I’m partly blaming the terminator armour obscuring the hair do somewhat on mine. Going for the sea theme, pirate eye patch finished the work on the head. Bit of a different beard too. 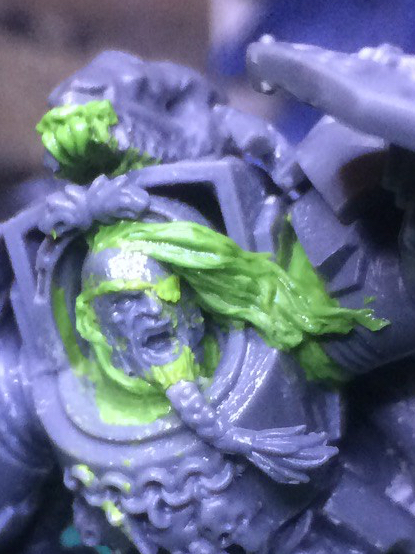 The hammer is the deathwatch heavy thunder hammer with a chaos space marine vehicle upgrade part. The shield is from the Wulfen kit with green stuff to make an ‘octowolf’, as you do. 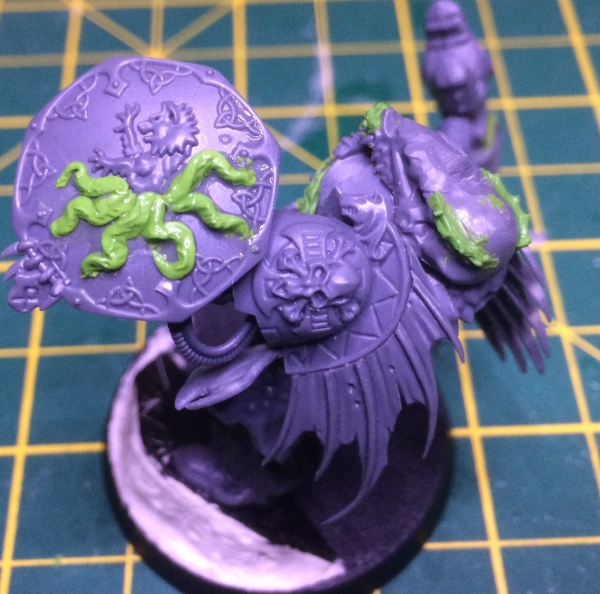 Space wolves are covered in wolf skulls, pelts and teeth. I wanted this guy to also be covered in that stuff but all with a sea theme. Doing 12 Wolf Lords made me really look for and push the differences between them.

The skull on top of the model is the one the slaughter priest who came with white dwarf is standing on. Needed a bit of green stuff to repair it. I then tried to lean into the mysterious sea monster aspect.  Put a bit of a ridge on there. Ideally it would look like a Kraken skull for a guy called Krakendoom. Whether it does or not who knows, I hadn’t seen a kraken for weeks.

The fins on the shoulder pad are river troll fins. With a slight adjustment they fit pretty well. The scaley cloak is from a dark elf Corsair. 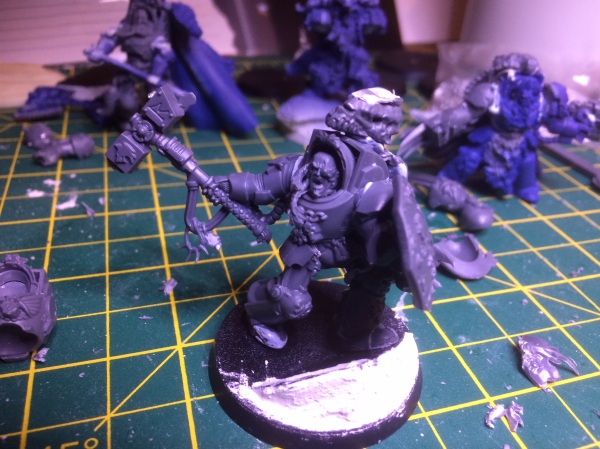 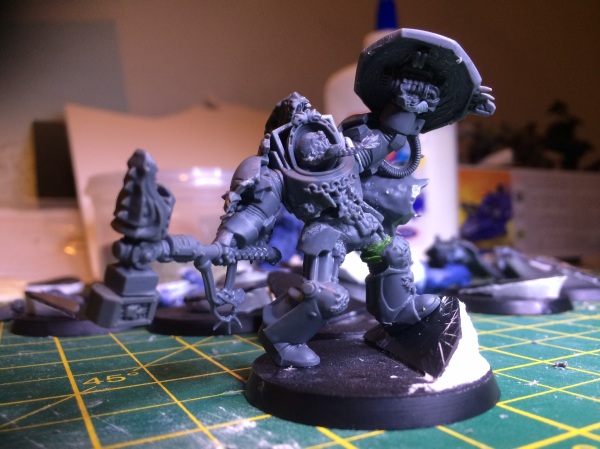 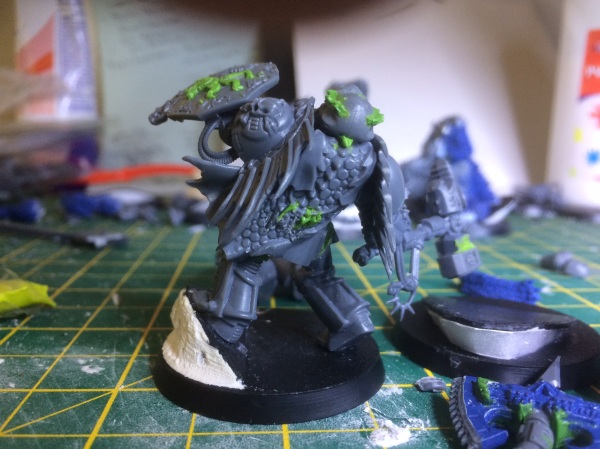 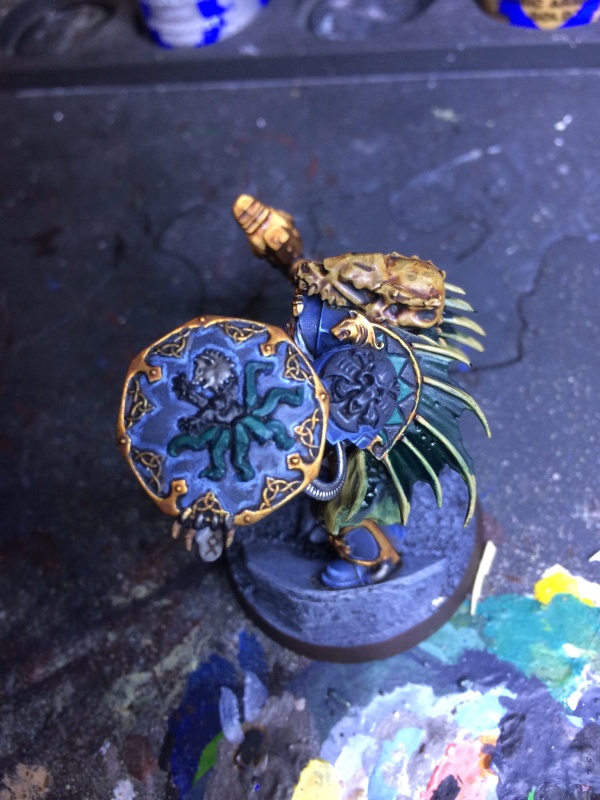 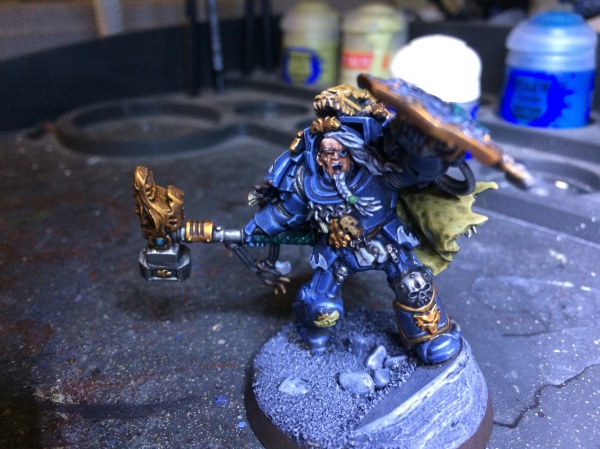 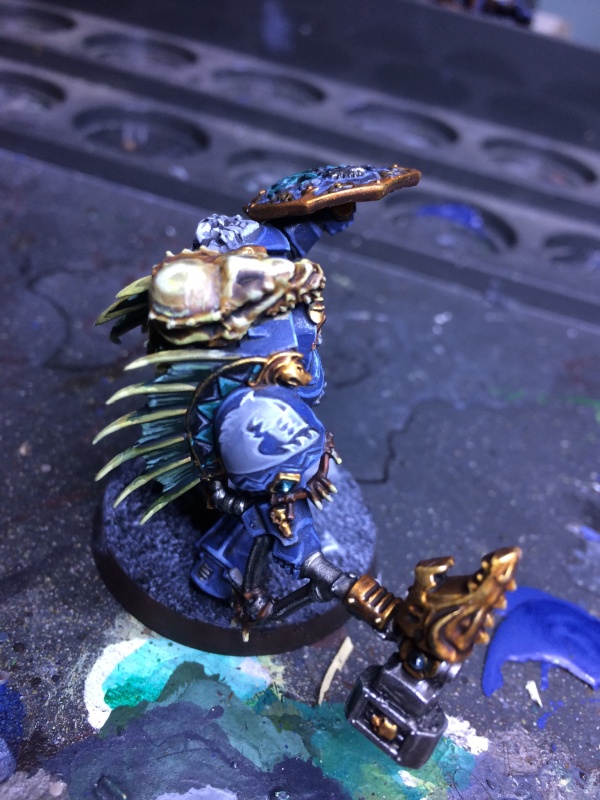 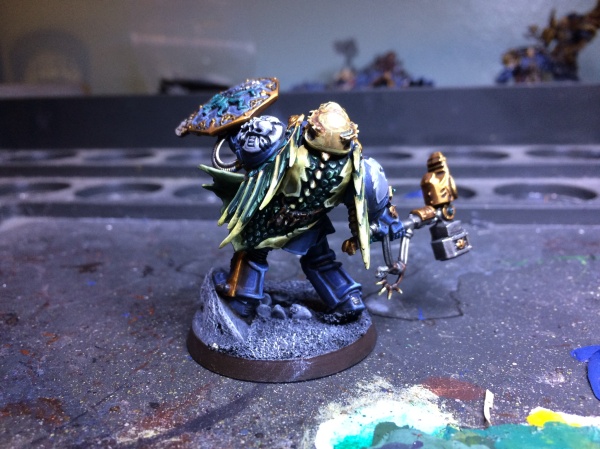 So he’s Krakendoom and he’s got the trophies to prove it. That’s Wolf Lord number 5…only seven left! Nearly there… 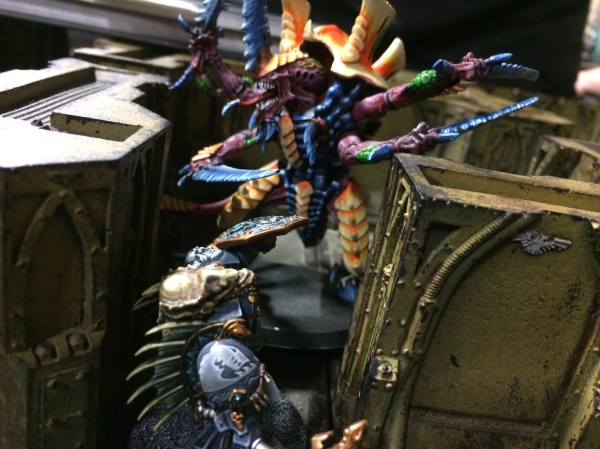